In the exhibition No Man’s Land – Where Beauty Alone Reigns?  was part of Reykjavík Art Festival 2018 celebrating Iceland’s 100 years of sovereignty.
„The exhibition refers to the Icelandic highlands and the Icelanders’ ideas of remote wilderness unspoilt by man. People’s ideas of the highlands have changed and access has greatly improved but the idea of them being untouched – that they are devoid of people – is still being promoted. These and other notions about the Icelandic wilderness have been reflected by artists in their work and shaped the public attitude towards the highlands.“ 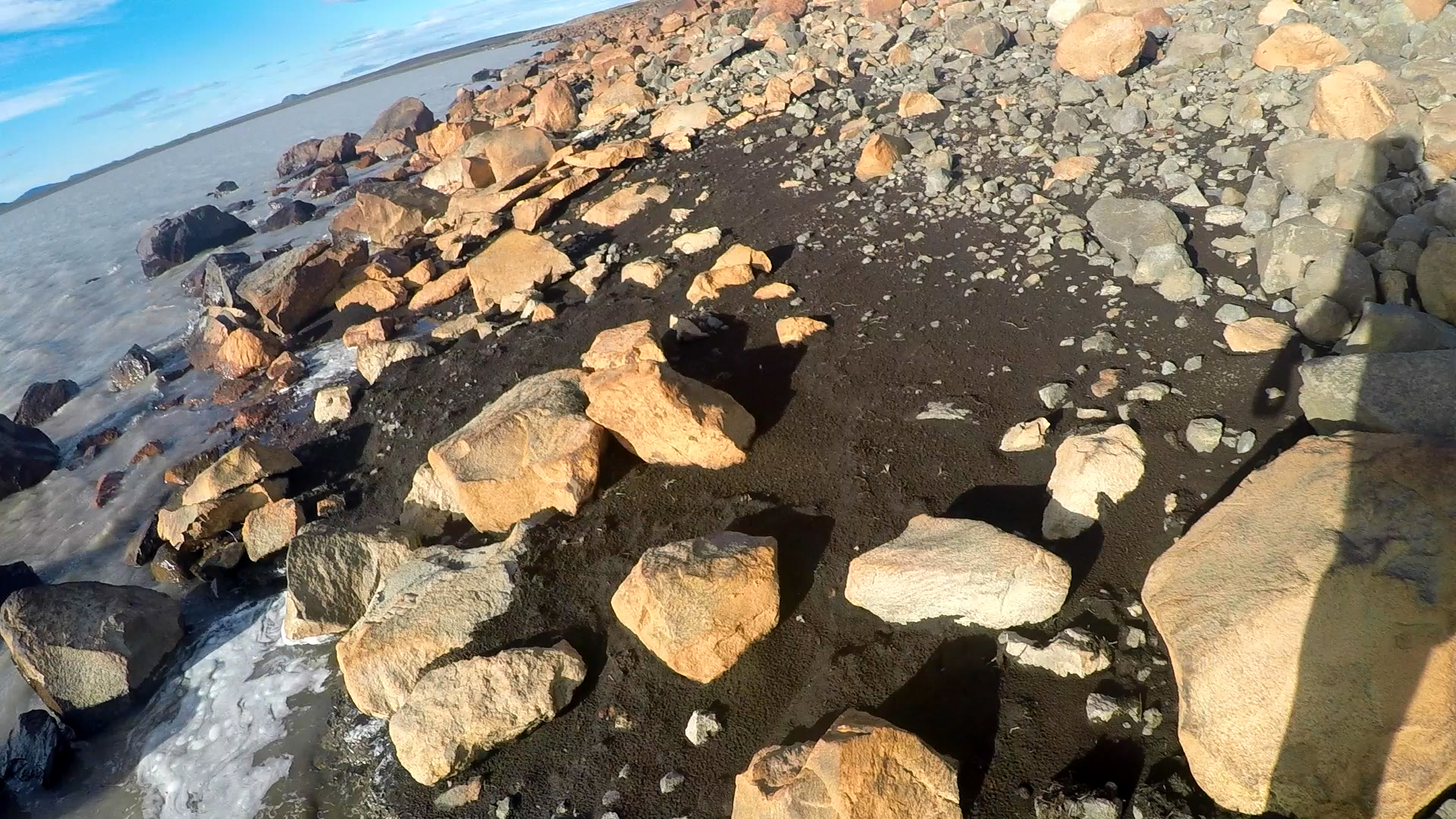 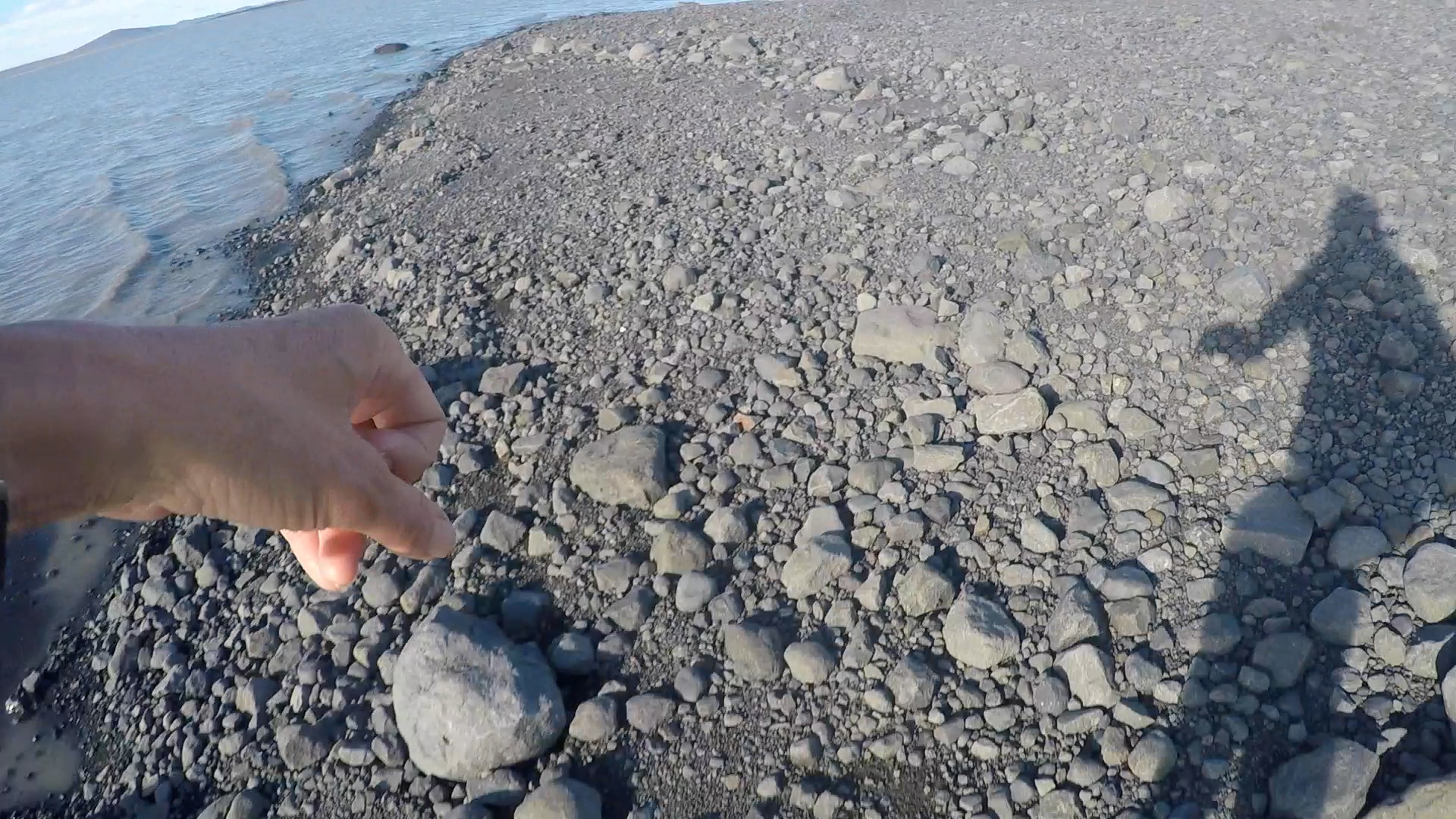 To set off on foot, feel the earth beneath your feet, earth both soft and hard. Hardest at the source, glacier’s edge, glacially-abraded bedrock and boulders. Hard yet rounded, soft in form. Barren ground, rugged prospect. From the glacier jetted a dark-gray surging river, its water like cement, saturated with grainy sludge, having, under the river’s force, the greatest stream-power of all rivers in the land. Waterfalls had no time to form, rather ground themselves instantly down to rapids; the rapids morphed into canyons, deepened faster than other canyons, and became the deepest canyons in the land. Their walls terraced, like stairs, for long strides down to the river. Streams skipped and tumbled clear down, silvery and sparkling—and met the gray surge, became one, fortified themselves; the river steadily gained power as it neared the sea. A second river jetted from the glacier in another place, where the glacier had a different form and released fine sediment, not sludge. A brighter aspect, gentle meanders, a waterfall named for its magic. An opening of basalt columns in the deepest stratum, where the rivers met, joined, and became a stronger whole. Between them, below the glacier, a tongue of land: Kringilsárrani. Wedged in by the glacier and two rivers: isolated, cut off. Yet not cut off from the animal kingdom. Geese flew there, reindeer waded over in spring when the glacier, still cold, released less water. Geese built nests and established breeding grounds, among the largest in Iceland; this was fine country, a safe place to raise young, protected by two rivers and the continent´s largest glacier. Springy soil, dense vegetation, streams, ponds. Knotweed, favored by geese. In the ponds, crustaceans, lepidurus arcticus. Reindeer antlers scattered about, gnawed to bits by the herd, by animals that lost antlers but provided stores of calcium for themselves and their kin. The soil covered with goose turds plucked apart by goose beaks pecking for delicious knotweed seeds. In the air an animal-kingdom smell but no sign of animals; the animals, keen to human odor, stay out of sight. The glacier a rare formation, tongue-flat, bursts once in a scant human lifetime. Bursts a long distance and peels up the ground. Rolls it up like an old-fashioned jellyroll. Rolls and rolls it to wherever it decides to stop this time. Leaves behind heaps, the Haystacks. In their layers a history of vulcanism, interspersed with goose turds and reindeer antlers. The heaps form shelters, ponds. Community centers for geese and reindeer and those who venture near the glacier. A lump in the throat, a blockage at Háls, the rivers dammed: it all went dark.