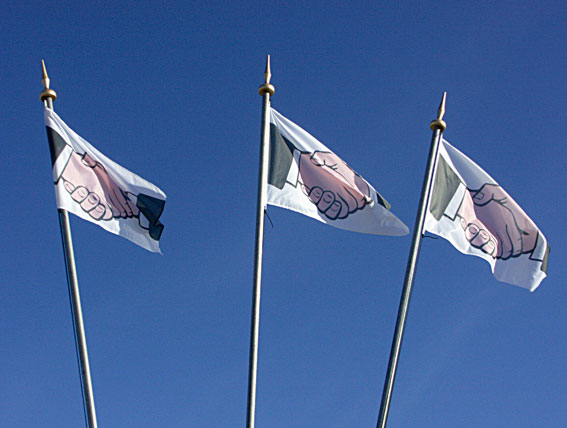 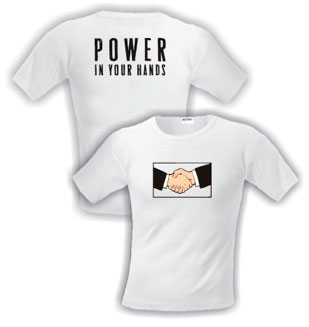 The work was consisting of a painting-, flag-, and t-shirt installation in the exhibition space as well as two additional flag installations in downtown Reykjavik, “Power in your hands” examined the conflict between corporate-led globalization and environment in postcolonial Iceland.

The project represented the agreement made between the Icelandic government and excutives from the American aluminum smelter company, Alcoa, to build a huge hydroelectric power plant in the Icelandic highland. Appropriating corporate marketing strategies, “Power in your hands” was a sharp indictment of the Icelandic government’s decision to sacrifice unique nature and democratic debate to accommodate transnational corporations. [Kuratorisk Aktion]