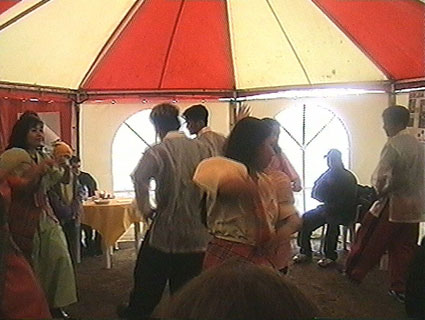 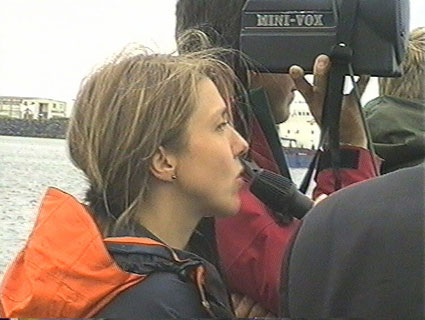 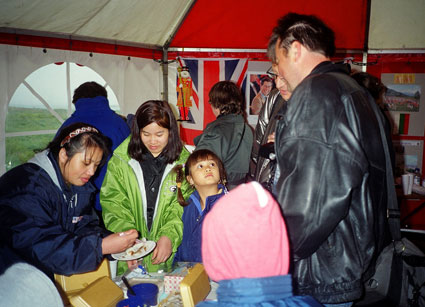 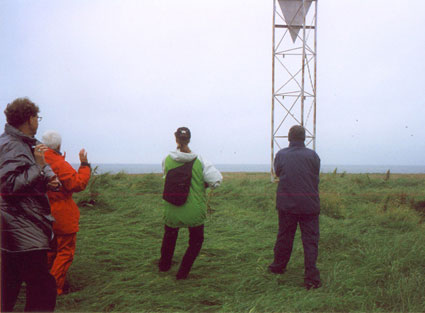 nobody is an island – enginn er eyland
Colonization of Engey island outside of Reykjavik harbour
cultural night – Menningarnótt, August 1999

I put up a big tent on the uninhabited island Engey in the bay of Reykjavík and organized there a multicultural festival. The Island Engey looks as if nobody ever lived there, it is a wilderness but if you walk around you will find remains of houses. People lived there for centuries and the island even used to be quite crowded.

The so called Engey-family is one of Iceland’s wealthiest families who have been prominent political and business figures in Iceland for the past century.