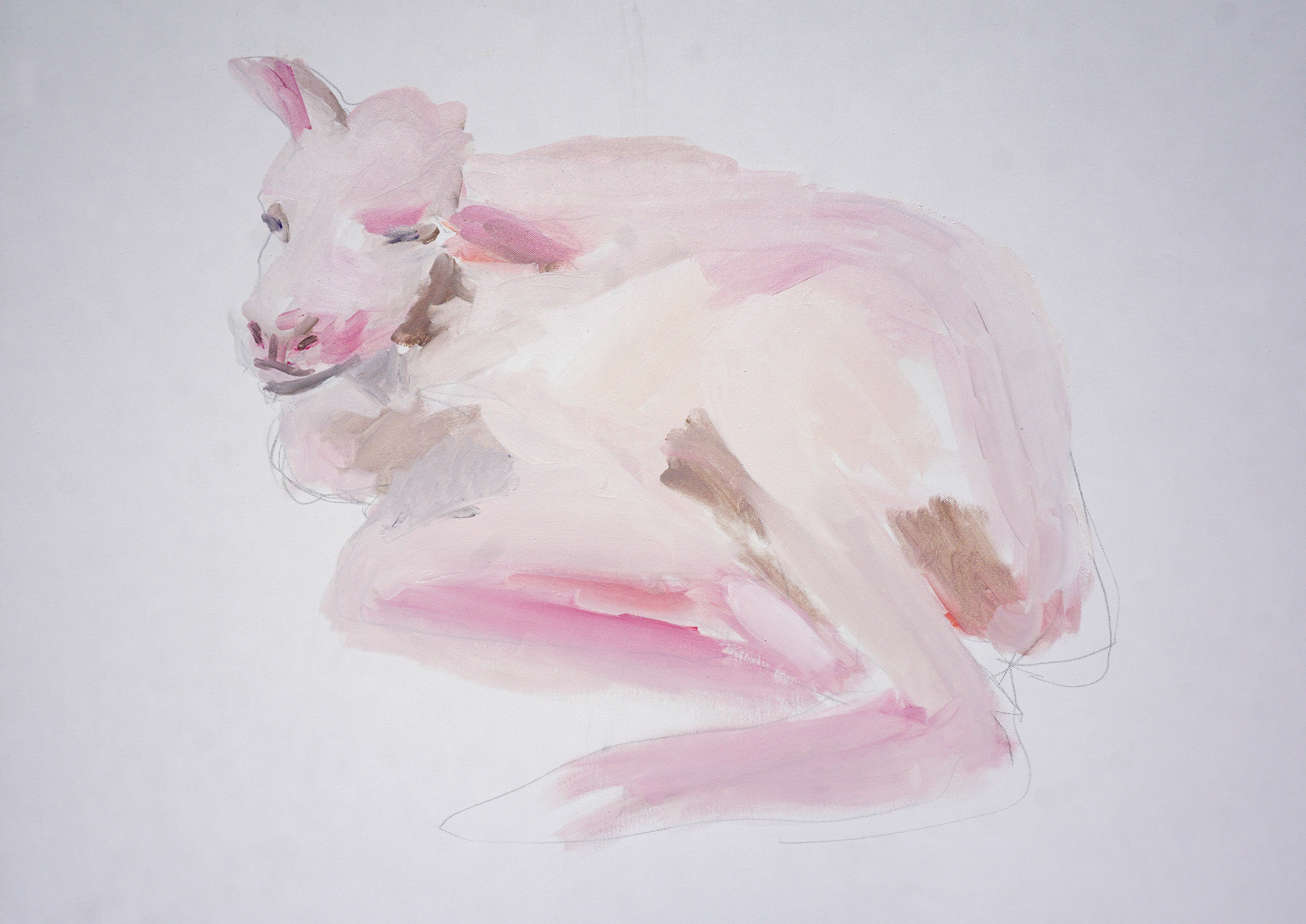 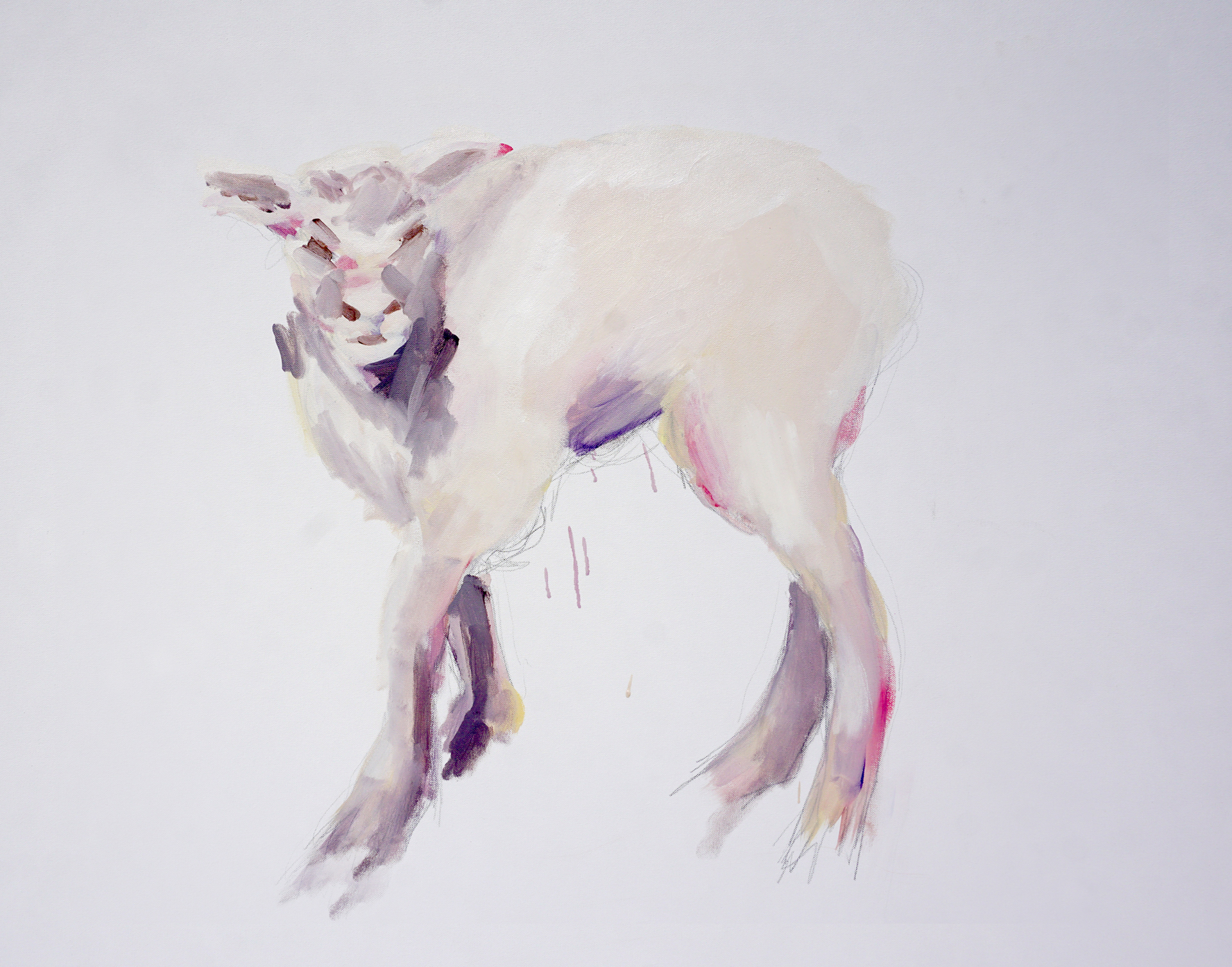 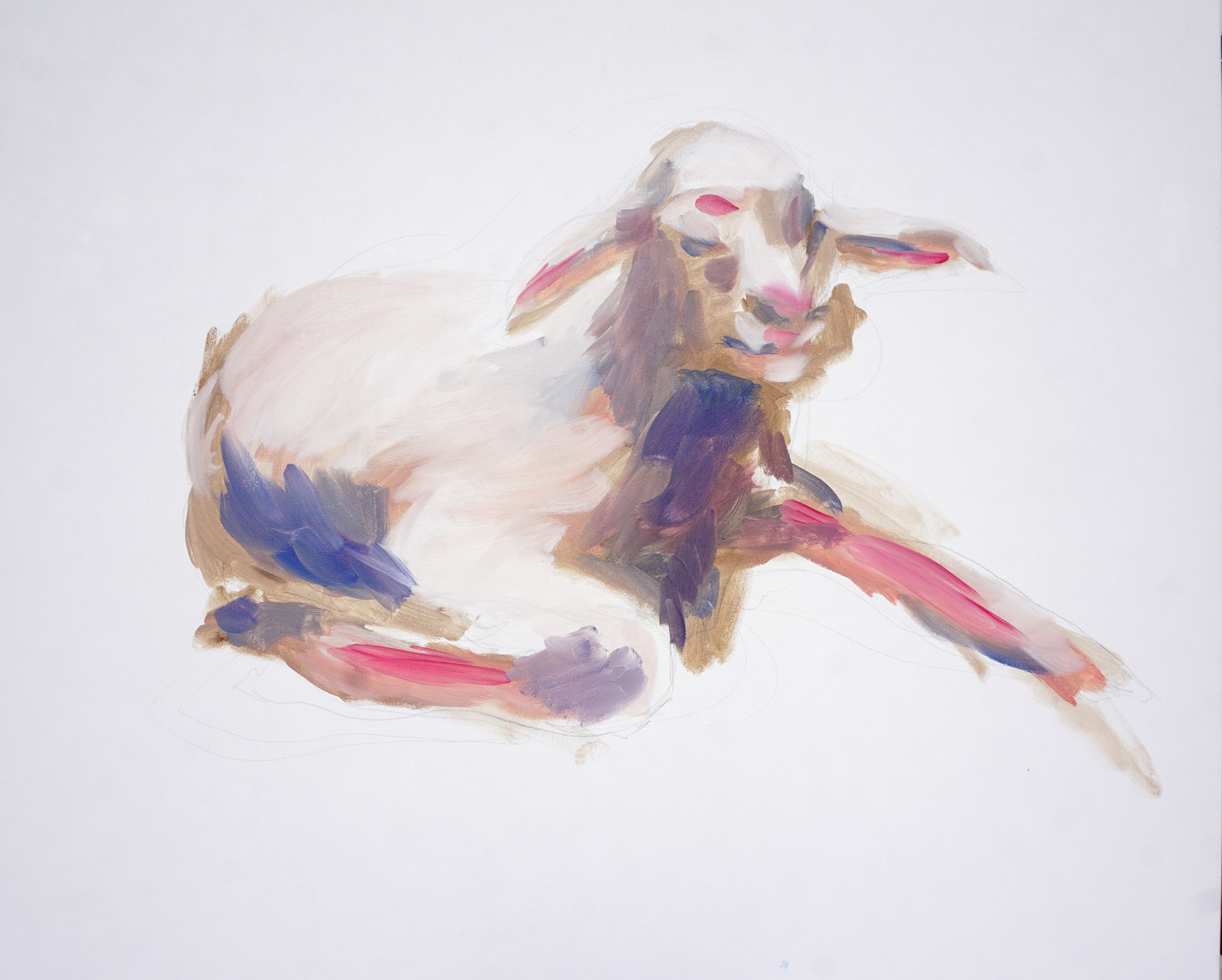 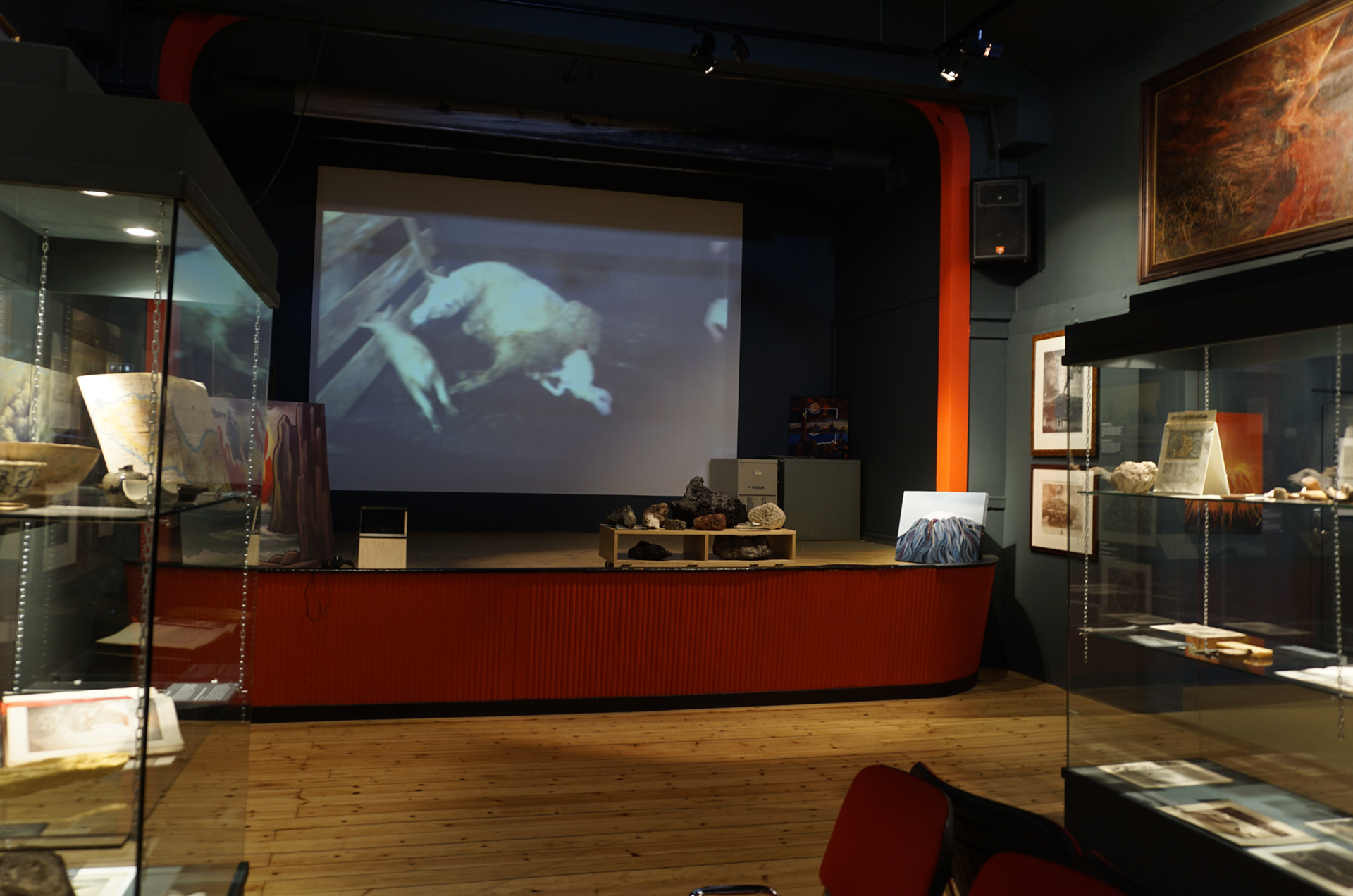 The town lies on a broad fjord astir with gentle seas. Here the view is wide-open in all directions and countless skerries, holms, and islands break the wet surface as far as the eye can see. Some are grassy or covered with seaweed and others are simply bare rock. What they have in common is also what divides them: still weathers and relentless winds as well as the brine that overwhelms everything. Below glide fish, silent and invisible in the depths; it is they who from the start have kept alive the people on the neighboring shore.

Tucked away on the town’s main thoroughfare is a building that once was a cinema. Those who visit it now no longer find a seat in the dark and lapse into a waking dream as light from the screen bathes their faces. Now a different and more profound glow reigns here, arising from volcanoes far and near around the world. For here we have a museum that houses relics and tangible evidence of eruptions and other turmoils of the earth. Images of the wondrous events when earth suddenly gapes and begins to bleed unstoppably. It is warm in here and we are arrested by an image on the movie screen, of a different kind of magma chamber opening wetly before our faces. In among meteorites and slag and ash from volcanic eruptions down through the years, a sequence of events unfolds before us, an example of the relations between human and animal. We stand riveted. Human and animal help each other in such a way that it seems they’ve done it all their lives. Here one life receives another. Again and again. We are witnessing births, the lambing itself. It’s an unexpected encounter but more than apropos in exactly this building and on this island, the genitalia of which lie hidden or in plain sight clear across the land in one enormous gash and mineral-kingdom birth canal. Volcanoes and sheep also have quite a close relationship outside the building, as the light, now unending, shines on mountains where there is scarcely another living thing. With a lamb or two in tow, ewes thread their way across the slopes, trampling paths through the clear-skied silence. The ewe is both a single mother and an image of Mary, with her only begotten one halfway up a mountainside.

It is a stone’s throw from the Volcano Museum to the swimming pool. As one enters to swim, images loom in the vestibule. These are paintings on canvas and they recast what happens on the screen across the street. Here are the newborn lambs again, clean and sopping-wet on white canvas. The paint is so whisper-thin and the light so vivid that it looks for the world as if they were all painted in fresh amniotic fluid.

The author of these installations is Ósk Vilhjálmsdóttir. Neither installation is simple in nature nor are the keys to understanding them. In this instance, one key resides purely in the sound and etymology of the word. The word nature, that is. The one key word that naturalist and poet Jónas Hallgrímsson left untouched, as náttúra, while finding Icelandic equivalents for all the rest. This has had horrible consequences for the relations between humans and the environment. The etymology of nature extends all the way to the Mediterranean, to Latin and the verb nascere. The act of being born. Things might well look different around here if the national poet had drawn this verb through the birth canal of the Icelandic language instead of letting it stand like an unscalable wall between islanders and the ineffable.

Ósk Vilhjálmsdóttir’s installation is an environmental work and, like most of her work, centers on a performance of visiting and exploring worlds, on motion and process, on relationships and surprising contexts. Her work treats the natures and customs of human beings, how we join in, map land, and navigate cities through our bodies’ motion and perception. Ósk invites us on an expedition to occupy regions that are continually born and transformed before our eyes. She discloses to us our near environment, how we regard it and see it disappear and in what way it later reappears to us in a different light or even a completely different form. 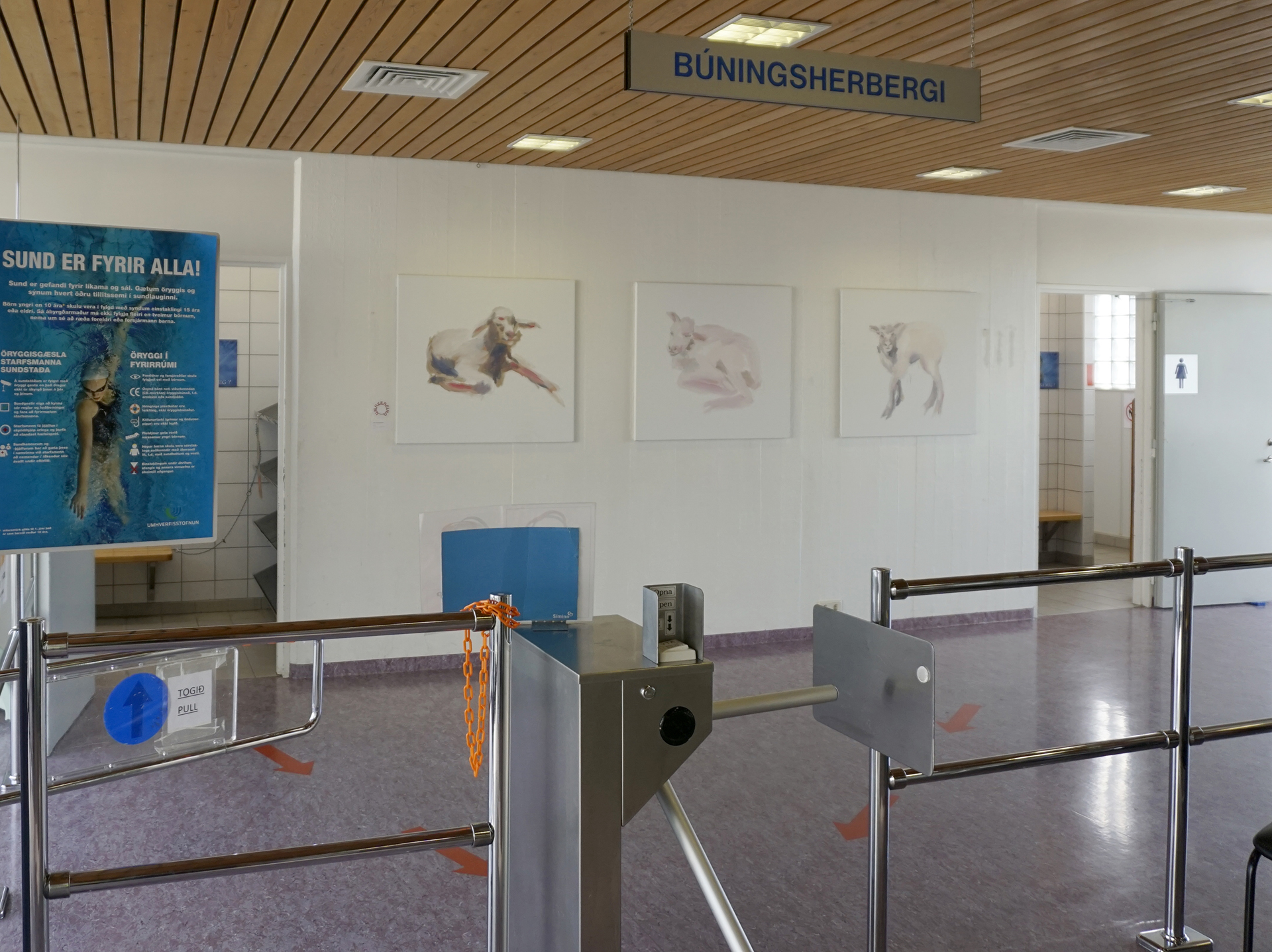 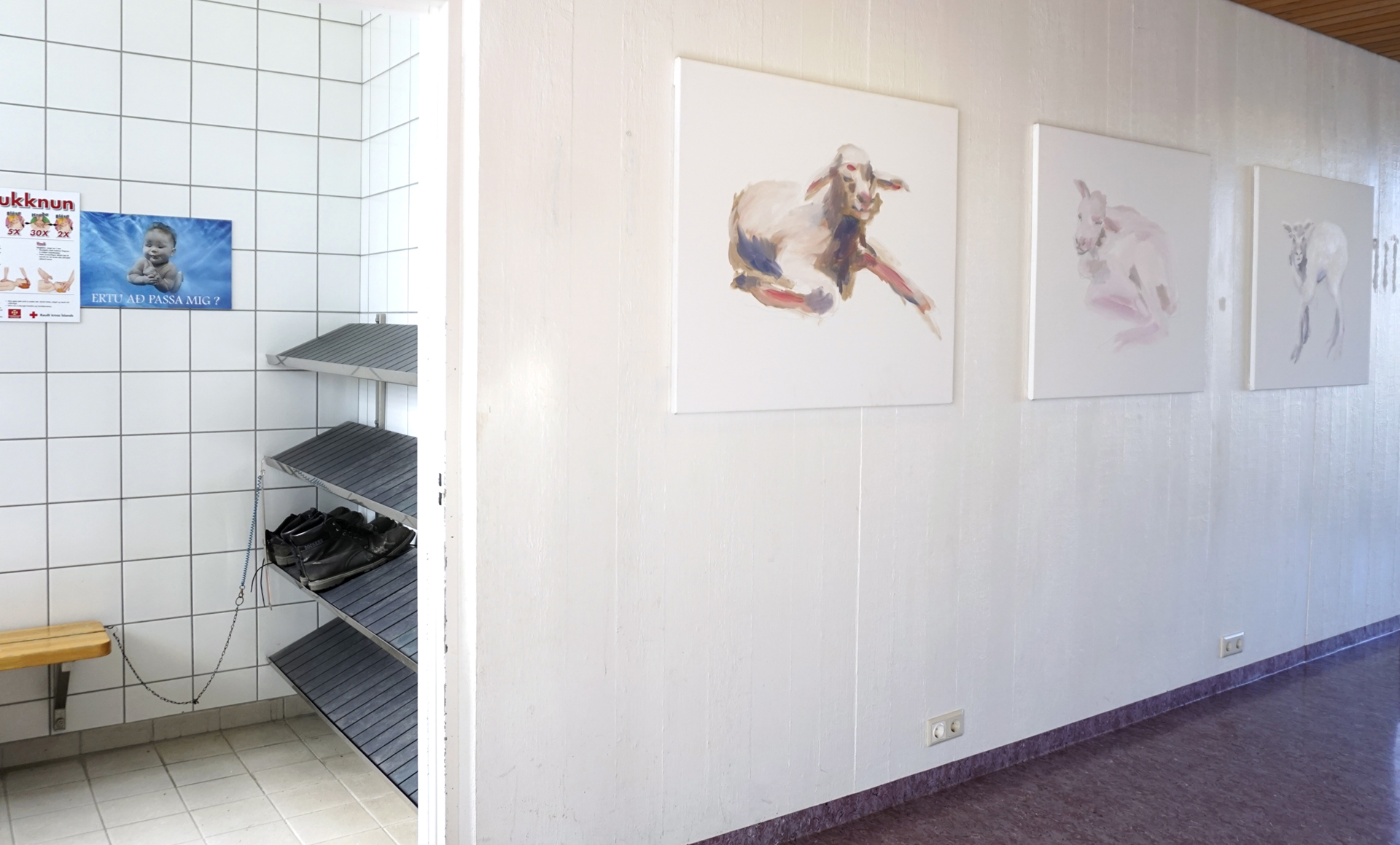